We now know that new housing related loans increased 12.6% in August, a surge driven quite broadly by diverse buyer groups which have all made significant waves on market activity. Contributing to the rise were owner‑occupiers (+13.6%), investors (+9.3%) and first home buyers (+18.4%) who presented the highest monthly figure since October 2009, reaching a new 11 year high.

These movements reflect the high confidence levels revealed in the Consumer Sentiment October Index released yesterday by Westpac, which are now at a peak not seen since July 2018. With a national jump of almost 12% following last week’s Federal Budget announcement, NSW has shown the greatest increase with an impressive leap of 17.5%. The overall lift signifies a 32% rise over the last two months, and now sits at a firm 10% above the average level documented in the six months prior to the pandemic - an extraordinary result indicating trending reassurance unfolding across the market, nationwide.

The Australian Bureau of Statistics has also revealed that households are spending less and saving more, with savings to income ratios increasing almost 20% over the June quarter. This figure is a major shift from a previous 6%, and is 10.9% more than what was documented during the Global Financial Crisis. Whether the result of financial caution, social restrictions, or a combination of both, its importance in aiding our overall economic recovery and helping people meet their homeownership goals sooner is momentous.

All of this promising evidence is being reflected anecdotally as we placed five properties under contract this week, with 115/3 Stromboli Strait setting a new one bedroom record price for the waterfront estate for 2020. Properties are beginning to attract multiple buyer offers again, with a level of competition and urgency that has not been felt since the beginning of the year. With this natural price push, we can expect to see pre-COVID prices return as more qualified buyers decide that now is the ideal time to transact.

In other interesting news, the NSW Court of Appeal has made a ruling overturning the right of strata blocks to pass bylaws prohibiting pets. The ruling may have far wider ramifications as to the by-laws owners corporations can impose on apartment owners, and could become a precedent. 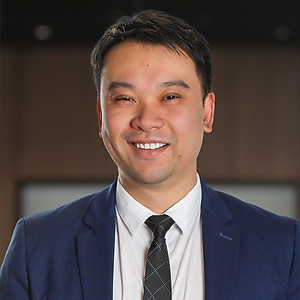 John Ye
john.ye@chidiacrealty.com.au 0415 133 133 (02) 9647 4303
John has expert knowledge of Wentworth Point as a suburb, and has experienced selling in varied market conditions from tight to booming - with unparalleled product knowledge of the buildings and layouts of the suburb, providing expert advice and able to engage effectively with our Chinese clients.
Learn more about John

We’re big on building quality relationships - with buyers and sellers, landlords and tenants, and everyone in between. If you want guidance to make the right choices when it comes to property, we’re your people.